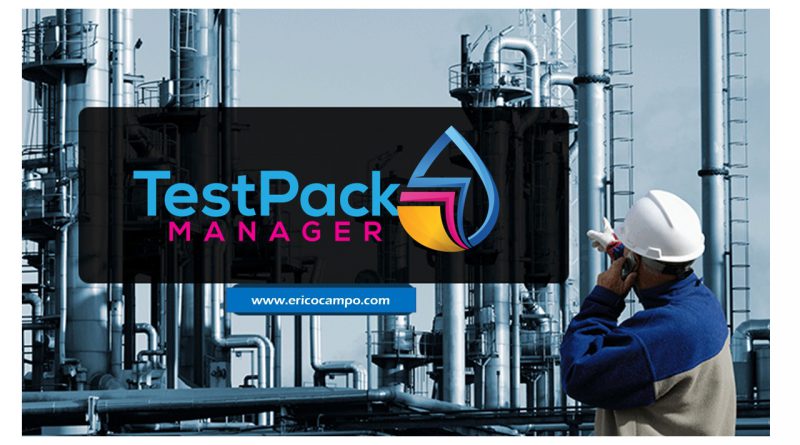 This article was originally published on LinkedIn, February 2018.

One of the last month’s hot news for Canada was the ‘approval’ of a big pipeline project: The Keystone XL. The approval has since generated a lot of controversies both sides of the border and, also reminded me about a customized application I’ve developed related to Pipeline testing: “Test Pack dossier administration.”

I had initially developed the application to produce the .csv spreadsheets for bulk upload into completions systems (WinPCS and QEDI GoCompletions), but it can also serve pretty well to contractors for managing their Test Package more effectively.

A 3 min video about the application with a demo of “How to create a simple Test Pack” is here.

Test Pack dossier
Although I’m not a piping expert, I’ve found that the term “Test Pack” is commonly and erroneously associated with hydrostatic packages only, although there are some other tests. The most frequent pipeline tests that I have found in the projects are:

2.   PNEUMATIC.- It uses nitrogen or air as the test medium.

3.   LEAK TEST.- It uses gas or service medium to confirm “leak tightness” of the system and ready for service.

4.   SERVICE TEST.- It uses the service fluid as the test medium when the piping system is put into operation.

The test pack is a dossier that comprehensively describes the testing of a pipeline or a group of pipe sections (i.e. modules in a fab yard).

Although each project has their own specific requirements, they all must comply with the applicable regulations (ABSA in Alberta), and typically the dossier must have a set of documents that includes but is not limited to:

Test Pack administration
With so many documents to consolidate and process, the Test Pack preparation not only requires technical familiarity of the test itself but a documenting/administration management process know-how.

As a System Completions Database Administrator (SCDBA), I have used this type of customized MS Access\SQL\VBA applications to facilitate and expedite the creation of .csv files used for bulk upload among many other things

A great percentage of construction contractors don’t use any database application or administration system for this, but they rely on Excel spreadsheets which keep them very busy but not particularly effective. I’ve seen many contractors making back-and-forth trips to the client’s superintendent before the test pack is finally approved.

A spreadsheet works fine for a small scope of Test Pack/Isometrics but as the number grows some of the common errors that occur are:

1.   Typos in the list of Isometrics, Lines, test pack numbering.

2.  Irregularity in the numbering of the test pack and/or duplicates.

4.   Lack of quick/analytical reporting (what iso is in what test pack? yes you could do it using Vlookups…. just don’t forget to check the lookup ranges!!!)


I recently read an excellent article that says, “when a spreadsheet makes your head hurt, it’s time to do something different” : a database is the way to go. Figure 3 shows the initial dashboard of the Test Pack Manager that I’ve developed :

The video demo at the beginning of the current post depicts an example of how to create a basic Test Package with 5 isometrics for a fictitious project called “XYZ”. It also shows how quickly is to check pdf files of isometric, PID, Checksheet, certificates, etc. See figure 4 below.

The video also illustrates how to produce a pre-populated barcoded check sheet. The application could be customized in accordance to the project requirements (customized Excel dumps, reporting, project logo, other data to be uploaded\imported from engineering like temperature, design\working pressure, or from quality control like NDT and weld reports, etc.)

Some other reports that you can get from the Test Pack manager:

A poor test pack administration will always have a negative and regressive impact not only on the man-hour efficiency but also on schedule dates, operation, and safety issues.

Spreadsheets work well to manage a reduced amount of Test Packs\Isometrics only, not to mention the need to consolidate and administrate certificates, pdf documents, etc. thus,  it is very likely that somebody will be kept “more busy than efficient.“

As a System Completions Database Administrator (SCDBA), I have used this type of customized MS Access\SQL\VBA applications to facilitate and expedite the creation of .csv files used for bulk upload among many other things


What other functions would you think are important for a Test Pack Management Application?

I hope Keystone XL projects brings more jobs to Canada and let’s see what happens with some of the other biggies: Northern Gateway,Energy East,Trans Mountain,Pacific Northwest LNG.

During the last Christmas holiday, I met a former colleague who reminded me about an application I developed for “Instruments loop Administration” 10 years ago, I will have to check in my archives and tune it up to the new versions.

Eric Ocampo is a Project Management Professional and Microsoft Access Certified Specialist with an Electronic Sciences Degree. He is a proactive Database Administrator/Developer that has worked in Construction, Oil & Gas projects in North and South America, and the Middle East since 2001. He has worked in Mechanical Completions as SCDBA of QEDI and WinPCs systems, and as a Database Developer, he has developed applications for Project Turnover, Completions, Materials, Preservation, Dossier reviews, Weld Tracking, Instrument loops, etc.

His early experience includes a role as MWD (Measure While Drilling) Operator with Anadrill Schlumberger.